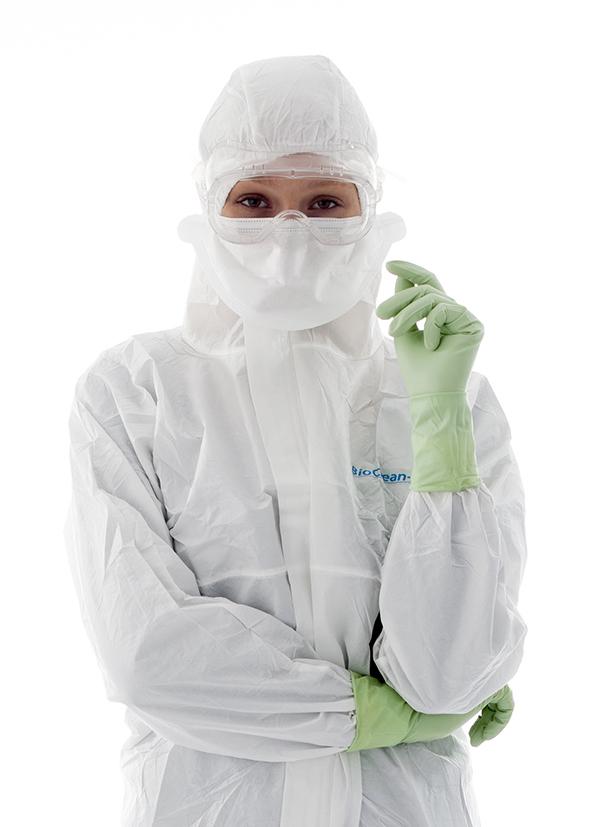 People are a major source of particle and bacterial contamination in cleanrooms. The average person produces, per minute, about 1,000,000 particles >0.5 u and several hundred bacteria-carrying particles. The impact of humans on air cleanliness in controlled environments is controlledby dressing personnel in

specialized clothing, cleanroom garments. Cleanroom garment is aimed to act as a barrier between the operator and the surrounding air, and thus act as a filter. Clothing may also be worn to protect the wearer from substances that are being handled.

Synthetic materials are used in cleanroom garments, such as polyester and polyamide. The garments are low-linting and non-shedding, material is tight weave and it prevents particles from passing through while at the same time allows vapor transmission. 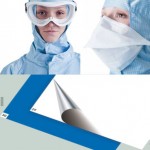 Cleanroom sticky mats and other products 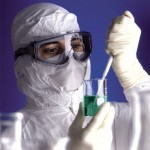 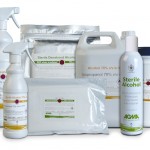 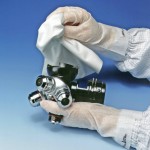